The bird is now in stable condition, according to the Dubai Municipality.

An injured bird that got stuck on a beach was rescued in Dubai, thanks to a resident who immediately called the authorities for help. His Highness Sheikh Mohammed bin Rashid Al Maktoum, Vice-President and Prime Minister of the UAE and Ruler of Dubai, took the time to thank the woman on Friday.

“Rola ... God, the most merciful extends His mercy onto those who have mercy on others, .. Thank you for your beautiful story .. Thank you Dubai Municipality .. We ask God to perpetuate his mercy on this good country .. There is no value for any civilisation without values .. the values that give a meaning to humanity ..” Sheikh Mohammed tweeted. 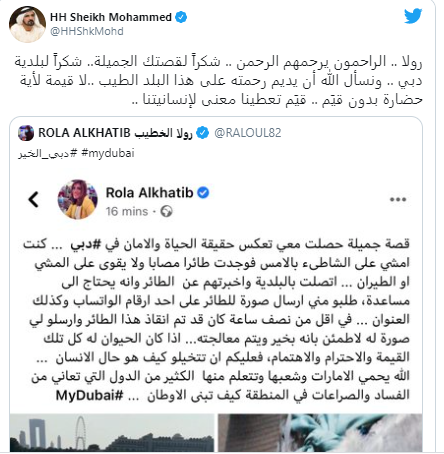 Rola Al Khatib, a correspondent for a media outfit based in the emirate, said she was recently walking on a beach in Dubai when she came across a helpless bird stuck in the sand. And because of an injury, it could neither walk nor fly. 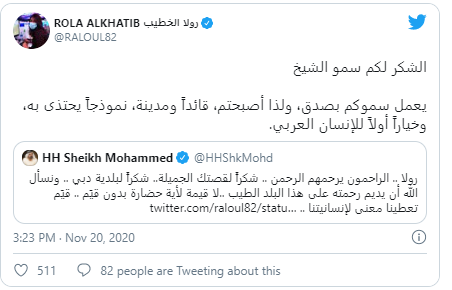 She immediately contacted the Dubai Municipality officials and sought help. “The officials asked me to send them the pictures of the bird and the location on their Whatspp contact,” Al Khatib said in a tweet.

“In just 30 minutes, the officials had already rescued the bird. They also sent me pictures of the bird after being taken away and told me that it was in stable condition and it just needed treatment.

“If authorities attach such great value, respect and importance to the life of an animal, how about that of a person. God protect the UAE and its people. Many countries have a lot to learn from the UAE on how nations are built,” Al Khatib wrote in her message on Twitter.

No New Polls for Today.